I have sat on this one for a month or so, so that my emotions do not get the better of me.

But I am still furious.

I am lucky. I have always had a roof over my head.

I read an article in a broadsheet newspaper weekend supplement that self-righteously banged on about having to convert an entire house on a small budget of twenty thousand pounds, and how they had to live oh, such a frugal life, whilst they were doing this.

Not that there was anything wrong with the house before they converted it, but it wasn’t a style that they liked.

And the colour of that wall, isn’t it dreadful? How could anyone be expected to live in a house like that?

Have they ever had to wonder how they were going to buy food for their family because the bank refused to honour their cheques, because they were overdrawn without permission? No, but I bloody well have, and it really makes me furious.

And I am very aware that compared to the problems and dangers facing millions of people in the world today, mine was a comparatively minor problem. No one was shooting at me. I wasn’t forced to live on the streets. My children didn’t drown attempting to reach a country where they wouldn’t starve to death or be shot or bombed. 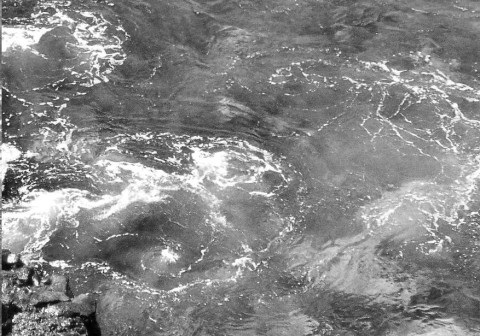 I am certain that many people here in the west today simply do not understand what ‘poverty’ means.

It does not mean that you cannot afford an exotic holiday this year.

It does not mean that you cannot afford to upgrade your car this year.

It does not mean that you have to buy the second best large flat-screen TV.

So many people condemn ‘economic migrants’ as if the very term means that they are simply greedy freeloaders.

As if hundreds of thousands of people are willing to risk their lives, and those of their families, just to get a little bit more. A few extra treats, or somesuch.

That they must be greedy, scrounging and good for nothing.

It seems to matter little that they are fleeing war, terror, the destruction of their entire lives and livelihoods.

They are forced into overcrowded camps with hardly any facilities, which are then condemned for being squalid.

And newspapers and politicians encourage and disseminate this attitude for their own ends, telling us all that our own standards of living will decline if we let them in. Like the shameful lie that went around the UK a couple of years back that immigrants were being given cars by councils.

I am genuinely ashamed of belonging to this society.

It is not that there have been any new revelations on the migrant crisis, rather there is a paucity of news. Dozens of human beings drowning in a desperate attempt to reach safety no longer merits more than a passing mention.

Do we no longer care, or are we merely saturated with the horror of it?

Or do we just not, really, care what happens to people who live, or should live, far away?

No, it was just this one little article in one broadsheet supplement that made me furious this time. Next time, it will be something else.

Don’t tell me that if all the powerful and influential people of the world got together with genuine goodwill that they could not solve this crisis.

Where are the powerful of industry? There are one or two immensely rich industrial tycoons, such as Bill Gates, who have demonstrated that people like themselves can make a genuine difference to the world, and in a good way. Where are the others? I have always felt that the very rich have become very rich because they are callous, selfish, and do not care about anybody else.

I would be delighted if a few of them could now prove me wrong.

43 thoughts on “Poverty and Those Ghastly Scroungers”