This is Australian poet Frank’s third collection of poems, and in a way this is a return to the narrative arc of his first collection; Small Town Kid, after the heartbreak of his second collection, Devil in the Wind, which dealt with the horrors of the bush fires in Australia on what became known as Black Saturday in February 2009

Not only is this a personal, time-ordered narrative like Small Town Kid, but it takes up Frank’s life where that collection left off, with his taking a job at the institution in his home town housing people with mental health problems. At that time (around forty years ago), these institutions were generally known as ‘mental asylums’ although that name, as well as a lot of the attitudes that coloured people’s ideas of them, have supposedly been consigned to history.

These poems take us on Frank’s journey from his visits to the institution where both his parents worked, then as naive and wide-eyed Trainee Psychiatric Nurse through to today, introducing us to a wonderful collection of colourful, sad, genial, well-meaning and, yes sometimes, mad characters, both staff and residents of the institution and, latterly, the hostel that acts as a ‘half-way house’ between incarceration and release.

All these characters are realistically and sympathetically drawn, and I suspect that not a few readers will be surprised at the humour (occasionally black) and warmth that comes through from the average day in their lives. Frank does not shy away from showing the attitudes prevalent in those earlier days, when patients were severely regimented and often treated less than sympathetically, although I suspect there is much he does not reveal. But where he is at his best, I feel, is in depicting the almost unutterable sadness of many of the inmates. In ‘Huntington’s Marionette’ it is for the young victim of this, one of the cruellest of all diseases, In ‘Lost: One Cockerel’ it is for another youngster, this time a young man with his mind destroyed by illicit drugs. Then there are the families of these victims, often victims themselves in so many ways – dealing with loss or aggression, blame, or just the horror of watching a loved one disintegrate before their eyes.

And the institution is frequently under-staffed and the staff are over-worked, a situation all too familiar to anyone working in public health today as well as then. The final poem  ‘Still its Creature’ is the book’s epilogue, and it is worth quoting the first few lines..

it seems so clear

there are few mental-health

and there are no

I give this five stars out of five. 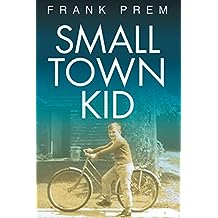