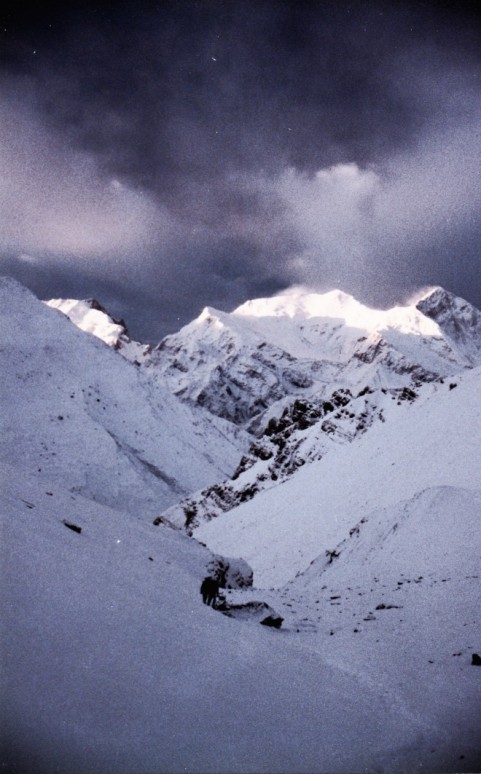 A situation in which I test my skills and resilience to the limit, aware of the consequences of a miscalculation or of taking my eye off the ball for too long. Certainly not a case of me fighting against the desert, or the mountain, because it’s not a battle. I have no need to ‘conquer’ anything, merely to respectfully request safe passage.

At the moment I have to accept second best, walking in woodlands near my home. At least there are fewer people around while it is raining, although those who are include a posse of shrieking children – honestly, where are the wolves and bears when you need them? Two hundred years ago in Britain children would either have avoided all but the lightest of woodland, or passed through as silently as possible. Although the bears and wolves were long gone by then, the children would have been raised on a diet of nursery stories that taught them the dangers of venturing into wild places, the remnants of very necessary advice from those earlier times when careless children frequently got eaten. 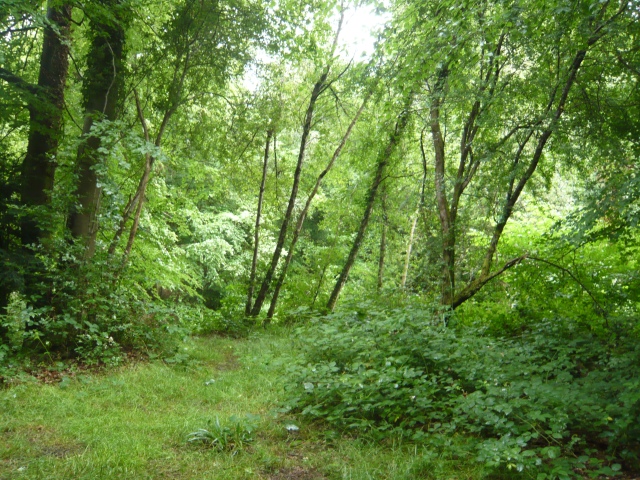 Don’t misunderstand me, I love these woodlands, and am very grateful I can get to them easily. Within them, for example, is this wonderful grove of oak trees. The oaks are not particularly old, probably around two hundred years I would imagine, but are stunningly beautiful. Some have branches thick with moss, all have wonderfully sculpted bark and all are home to huge numbers of creatures. 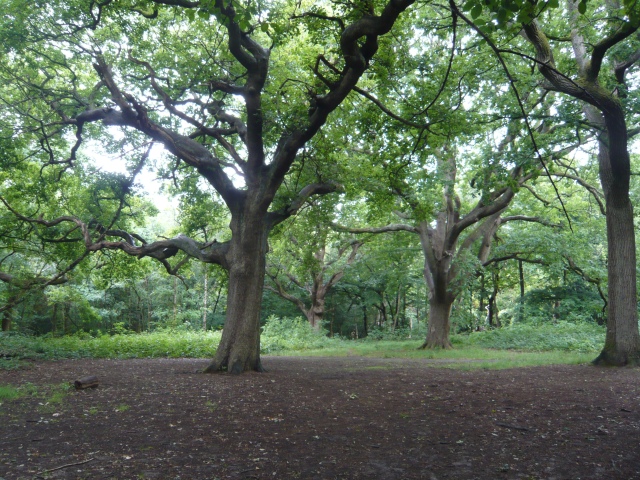 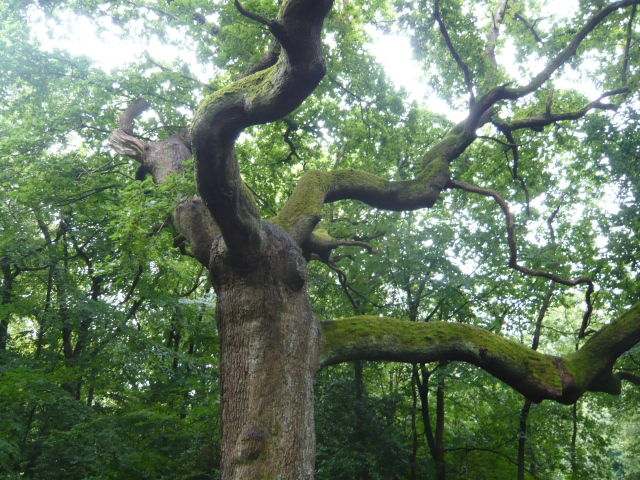 Already one or two have a limb dropping to the ground for extra stability. And the grove as an ecosystem within the wider woodland is perfect – each tree is around twenty five meters from its neighbours, which appears perfect when I look at the size of the canopy of each tree: its branches just about meet the branches of its neighbours, but there is no sense of their growth being restricted. I wonder whether this is chance, the result of long centuries of naturally evolving woodland – when one tree dies and eventually falls, that newly-opened space exploited by another seedling, or perhaps intelligent planting by a long-forgotten landowner?

Where the woods are managed, especially the cutting in those areas where the holly is spreading in dense swathes crowding out all other growth, there are stacks of cut logs and branches exploited by children (shrieking or otherwise) to make dens. None of them would keep out the weather, but that’s not really their point. What I particularly like about them, other than it’s good to find children who want to play in this environment, rather than just sit in front of a screen, is most of these dens end up resembling the skeleton of some fantastic monster. And although that hardly turns these woods into a wilderness, it does give them just the faintest frisson of excitement, especially in the gloom.

And reminds me I want to be in the wilderness…

As is basic human nature, of course, the longer the restrictions (either imposed or of my own choosing) go on, the more I yearn for that wilderness.

46 thoughts on “A Yearning For Wilderness”