We followed the Marsayandi River for most of the first half of the trek, from the second or third day until we left it at Manang to head for the high pass – Thorung La. More about that next time, though. Not much chat on this post, I’ll let the photos do the talking.

On a technical note, I have slightly boosted the yellows on some of these photographs, as this is the main colour that age seems to have leeched out. Unfortunately I can’t do much about those photos that are slightly out of focus (I blame my poor eyesight) or the scratches and other blemishes that show up here and there. It was quite difficult to keep dust and grit out of the camera, and back in those days we used, well, you know, film. Film doesn’t like dust and grit, especially when you wind it on.

We passed a school…

…we began passing high waterfalls. This one was just outside Sattale. 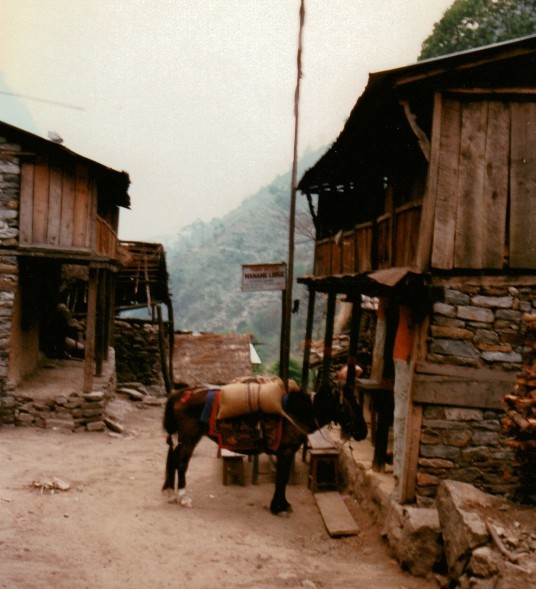 In Sattale, where we camped on our sixth night.

In Chame, we passed this beautifully carved mani stone. Chame sits at an altitude of 2670 metres, and the following day we were climbing steeply up to Pisang, at 3300 metres, and now we began to see the Big Stuff (this is a technical term, of course). 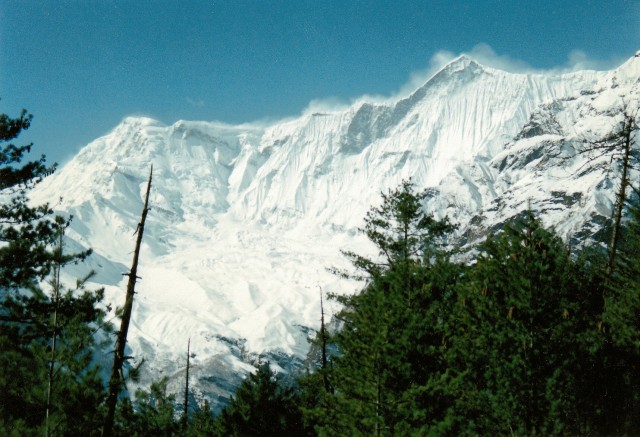 The Big Stuff, although there was plenty more Much Bigger Stuff to come.

And at Pisang we spent Night Nine of the trek.

Carved and painted window in a house at Pisang. 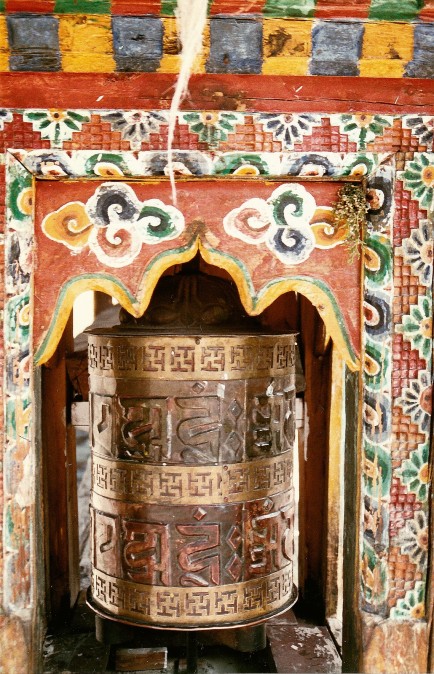