Well, Saturday already. Seems only yesterday it was Friday *sigh* I suppose I’d better get on with it.

I don’t think I’ll do ten of these after all, because I rather run the risk of listing books just because I like them, rather than because they have had a real and measurable influence on me. So today I present the final three. 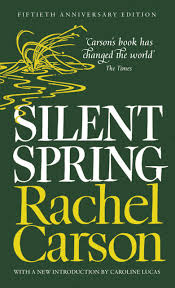 I read this book when I was in my mid twenties, and it really did open my eyes to what we as a species were doing to the planet. Up until that point, I had not really understood the impact that we were having on the environment. Shocked, I became interested in learning more, and then even more shocked as I learned what food and drink manufacturers put in their products for us to consume. At that time, one of them was the nasty compound dropped by the Americans on Vietnam during the Vietnamese War; a defoliant that was known to be carcinogenic.

It was used as orange food colouring.

I got hold of a list of all the ‘E’ numbers that were permitted additives, and which the industry certainly didn’t want us to know about. Certain ones were very nasty indeed. It was at this point that I became very keen on reading the labels on food and drink packaging.

I became involved with various pressure groups, such as Greenpeace.

That book changed my life.

In some ways, this could lay claim to be the book that has had the greatest influence on my adult life, but in a different way to Silent Spring.

I’d always tried to be a reasonably decent human being, but reading this made me rethink the way that I wanted my life to be. It is the story of a man who returns from the first world war and begins to question his place in society. He finds the trappings of modern western life, and its values, empty and meaningless – its focus on making money, selfishness and greed. He then searches for something meaningful in his own life, through education, religion and travel, and explores his relationships to others.

The message in this book immediately resonated with me; that there is much more to life than the pursuit of money, essential though some of it it might be to my survival. Other people mattered. Helping others was important. What is called the spiritual life, whether or not you believe in a god or not, was an important part of us all.

Are you serious? you ask. How could this book be an influence on your life? One of the first science fiction books, and admirable for that, but an influence?

Well, it is easily told, and the answer will probably surprise you. This book provided the initial impetus for me to become a vegetarian.

Yes, a vegetarian. There is a passage in the book where the narrator recoils with disgust as the Martians take the blood from still-living humans for their nutrition, but then comments that it was probably the same reaction as an intelligent rabbit would feel observing our own eating habits. That made me consider whether it was necessary for me to eat meat, and I came to the conclusion that no, it was not.